Want to get a Glossybox but don't want to pay full price? I've got two special codes for you to use to receive a discount.

For subscribers who have cancelled their box, there is a code to receive 30% off your first box; just use WELCUM30OFF.

Alternatively, if you're new to Glossybox you can get free delivery on your first box by using COSMOGLOSSYFS.

This may not look exciting, but trust me, this is a little beauty. You know those days when it's not appropriate to be wearing mint green nail polish? Or when you just want to dress down, including your nails? Or perhaps you can't wear nail polish to work? 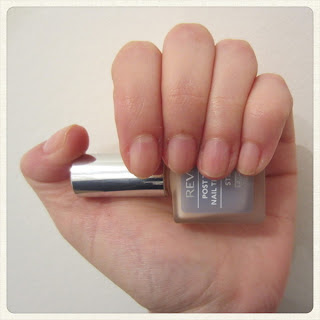 That's where Revlon's Post Trauma Nail Treatment comes in. Two coats of this leaves nails looking naturally gorgeous. It also fills in ridges a treat and can be used as a base coat, what a multi tasking wonder!

The best bit? I picked this up in Poundland of all places!!
Posted by Bella and Robot at 13:25 2 comments

Just a few beauty bargains I wanted to share with you, and all for under a pound! 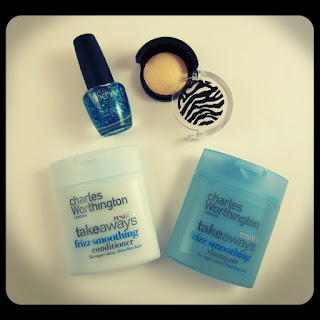 Starting with haircare, I braved Home Bargains and got two 75ml travel sized Charles Worthington takeaways haircare products for 99p each. The frizz smoothing shampoo and conditioners are meant “for super shiny frizz free hair”. I've had a chance to use this now and it's left my hair feeling soft and silky, it straightened really easily and it was straighter than usual once I'd finished too! Will definitely be repurchasing.
Next is a gorgeous Technic nail polish in Mermaid. A hex glitter topcoat, I think this is as good as the famous OPI dupe, Carnival but I don’t think this is a dupe for anything. I've done a quick swatch on one nail to show you. 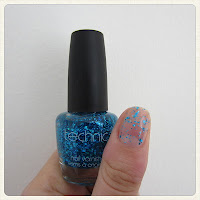 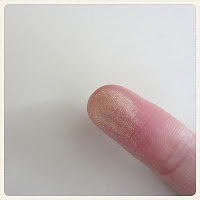 Lastly, this Primark beauty baked highlighter that I picked up for 50p reduced from £2.50! If you’re looking for a powder highlighter, you could do a lot worse than this and it’s actually pretty decent. There’s a fair amount of product in here and the bottom even has a mirror! The swatch shoes that it is a richly pigmented golden colour, although it didn't come out very evenly.
Have you picked up any cheeky treats this week?
Posted by Bella and Robot at 12:00 0 comments

I'm yet to sample the delights of Liz Earle, but lo and behold when I picked up this May's edition of Red Magazine to find a free 30ml sample of Liz Earle Cleanse & Polish Hot Cloth Cleanser inside. I don't usually buy Red but who could resist? It's consistently voted best cleanser and won a heap of awards; it even comes with a muslin cloth! 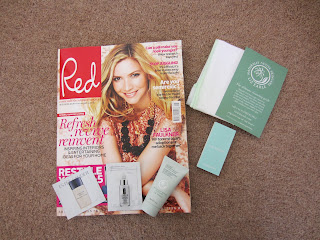 The magazine costs £3.90 and has also got an Estee Lauder Invisible Fluid Makeup and Clinique Repairwear Laser Focus sample sachet inside.

Best. Freebie. Ever. Unless someone starts handing out Mulberry handbags that is.
Posted by Bella and Robot at 17:29 0 comments

Free Origins Starting Over or A Perfect World

Heads up for a fabulous Origins freebie! Visit your nearest Origins counter on 21st April 2012 to receive a sample of Starting Over Age-erasing Moisturizer with Mimosa (£36) or A Perfect World SPF25 Age-defense Moisturizer with White Tea (£32) when you bring in an empty skincare product from any brand.


It's only available on 21st April so put it in your diary and start the hunt around your cupboards for something to take in! If you can't find anything suitable, my advice is to either empty out a product that you don't use or buy something from Poundland and empty that out!


See the full terms and conditions here.
Posted by Bella and Robot at 13:00 0 comments

Whilst I was in my local Aldi looking for the Moroccan Oil dupe, Miracle Oil, I happened upon this little treasure.

Aldi has released a range of bath and body products under the name Abbott & Broome. Although it's been out since late last year, this is the first time I'd seen it (I admit I'm not in the habit of visiting Aldi and Lidl). I picked up the Divine Gingerlily Luxurious Bath & Shower gel for a mere 99p reduced from the usual price of £1.79. 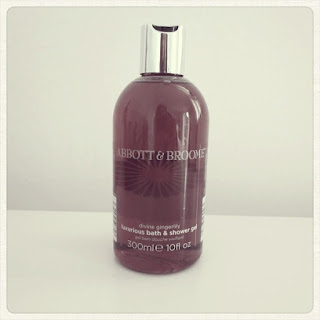 I have had the Molton Brown version before and as far as I can tell, they smell identical! They are also the same size and there's absolutely no doubt that they are dupes for Molton Brown, although their version comes in at £18 for the same sized bottle.
They also have a number of other scents including Tranquil Templetree and Uplifting Eucalyptus, which I'd guess are copies of Blissful Templetree and Warming Eucalyptus.
Have you tried any of these out? I haven't used it yet, hope it lathers!
UPDATE: I've used this now and it smells divine: the whole bathroom smells of Gingerlily! The product isn't as thick as the original I think, but it does the job nonetheless and lathers reasonably well. All in all, I really recommend it!
Posted by Bella and Robot at 19:03 1 comments

Next stop London, where our London correspondent attended the Celliana Spring Summer 2012 Jewellery Collection Launch at the Hospital Club.

The Celliana website has got some great pieces on there, and they're really affordable too. Here are my favourites.

Have you been on the website yet? What did you think of the collection?

If like me you love American Apparel but can't quite stretch at the moment, I've got a great little bargain buy for you.

Looking at the American Apparel Flex Fleece Zip Hoody at the weekend in navy (see here), I decided to give it a miss at £40.  Today however, I found a pretty much identical hoody in New Look for less than half that at £14.99. As much as I'd prefer to have the American Apparel one, I'm really happy with my New Look dupe - it's so soft inside!


What do you think? Spot the difference!
Posted by Bella and Robot at 16:13 2 comments 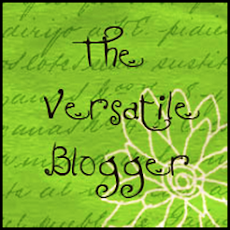